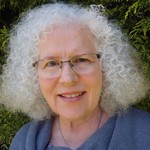 Ina grew up in Potchefstroom, a university town in South Africa, where she completed her MA in English. She spent two years working on her doctoral thesis in Stylistics at the University of Lancaster, England, after which she taught for several years at UNISA, one of the oldest distance education universities in the world, gaining experience of teaching linguistics, literary theory and stylistics to undergraduate and graduate students from a variety of language backgrounds. For the past two decades, she has lived with her husband and family in the Lower Mainland. During this time she has been a lecturer in the Department of English language and literatures at UBC in the structure of Modern English (including phonology, morphology, syntax, semantics and discourse), the early and later history of English, stylistics, sociolinguistics and academic and technical writing. She also taught language, literature and writing courses at Trinity Western University, Kwantlen Polytechnic University and the University of the Fraser Valley. Her research interests are in stylistics (the analysis and interpretation of literary and non-literary texts) across various eras and styles, with an abiding interest in the work of Gerard Manley Hopkins.

A thorough understanding of the structure of the English language and of the ways in which we use language to communicate in different contexts makes for more effective future educators. It also enhances our capacity to function as discerning and compassionate members of society in our time. Since promoting in others a love for the study of the English language and the ways in which it is used is her vocation, she is excited to teach at St. Mark’s where she hopes to contribute to students’ academic preparation for their future careers and lives.

Biermann, Ina (1988) Sound in poetry: the role of phonetics in the study of poetic language as exemplified in the study of a sonnet by Gerard Manley Hopkins. SA Journal of Linguistics 6(3):15 29. R.